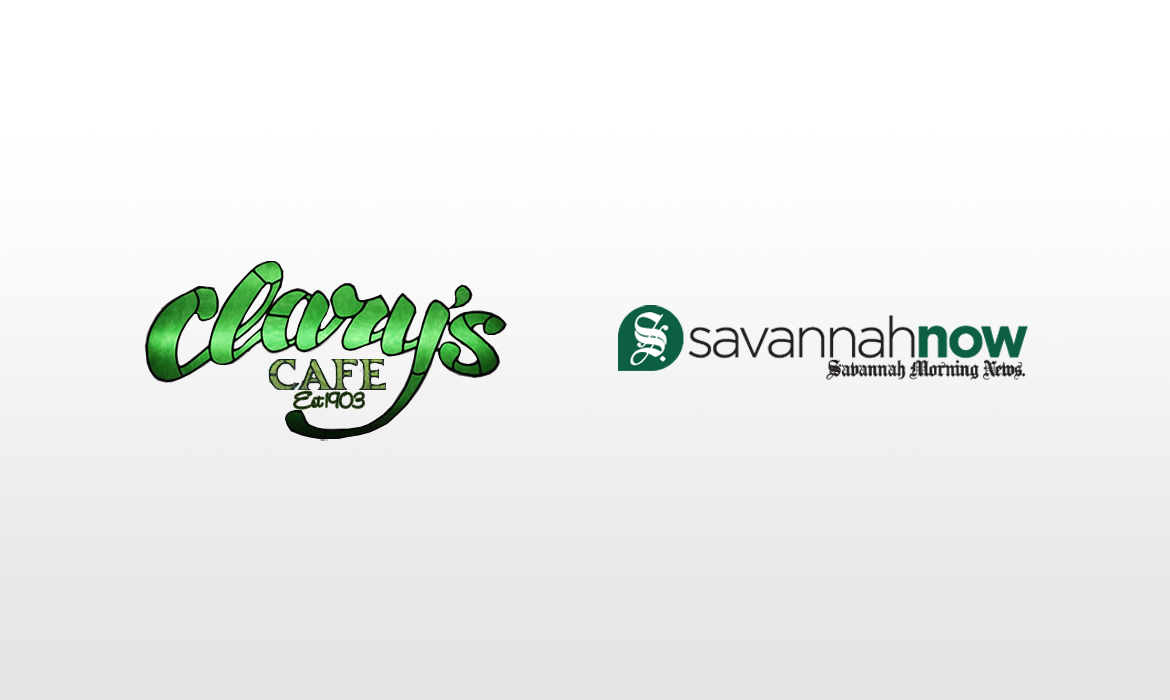 Some people claim that John Berendt’s bestselling book “Midnight in the Garden of Good and Evil” put Savannah’s Clary’s Cafe on the map. Out of curiosity, readers of “The Book,” as it has been nicknamed, often step into Clary’s on Jones and Abercorn streets for a look around and a quick bite to eat.

But long before Clary’s was a hangout for tourists and Berendt’s quirky characters, it was mostly known as a drugstore with a soda fountain. For Betsy Clary Toomey, now of Goldsboro, N.C., Clary’s Drugstore was a place she remembers like a second home.

That’s because the store was the second pharmacy owned by her father, Luther Clary, who opened the original Clary’s in the 1930s on Bull Street at Perry Lane.

“Inside, the store was long and narrow, with a black and white tile floor and a high decorative tin ceiling,” Betsy said. “It had a long marble soda fountain with a mirror behind it and stools that swiveled around and were attached to the floor. Customers who sat at the fountain or at the marble tables were cooled by paddle fans and enjoyed Clary’s chicken salad sandwiches, sodas and popsicles.”

A few years after Luther Clary opened the second Clary’s – the one that is operated as a cafe today – he died suddenly. Betsy, his only daughter, was devastated.

“I slipped into my bedroom, closed the door and threw myself on the bed sobbing,” she said. “When my tears subsided, I began to think about the stories my parents had told me about their lives in the olden days, as they called it, and how they fell in love and came to Savannah.”

For years, Betsy relived those stories over and over again in her mind. She jotted them down on bits of paper and on the backs of grocery receipts. Eons before Clary’s became famous for its “Midnight” connection, it was full of memories of a different kind for Betsy. Finally, just after she turned 80, Betsy decided to do something with her memories. She sat down and wrote a book.

Called “Savannah on My Mind,” the book is Betsy’s life story, a heartwarming tale that takes her throughout the United States but never lets her forget Savannah. After leaving for college, marrying and moving away, Betsy and her husband, Ollie Toomey, returned to Savannah in the 1950s and ’60s when Ollie worked at the Chamber of Commerce. But, even when she was away from her hometown, Betsy describes it as near and dear to her heart because it was where she grew up and, most importantly, where her mother, Clara, lived until she sold Clary’s in the 1970s.

Betsy wrote the book with her good friend, Katherine Wood Wolfe, who came over to Betsy’s house every Tuesday for three years to sit and drink Cokes and eat crackers while they worked. Finally, late last year, the book, which includes 18 pages of photos, was released by Warren Publishing.

In the book, Betsy reminisces about various spots in and around Savannah that bring back warm memories – Johnny Harris Restaurant, Fort Screven, Bonaventure Cemetery and Forsyth Park, among other favorites.

She also includes the good and bad parts of her life. She read a long time ago that when you’re writing a memoir, “if you can’t be truthful, you might as well not write your story.”

Part of the bad part centers on her stepfather, B.B. Kelley, whom she nicknamed Bad Boy.

“I had never hated anyone in my life, but I came close to it,” she wrote. “… When mother married Kelley, I felt like I had lost my mother.”

Eventually, Betsy learned to love Kelley, but it wasn’t an easy journey.

Next weekend, Betsy and Katherine will be in Savannah signing copies of the book.

For information about how to purchase the book, go to www.savannahonmymind.net or e-mail Betsy at savonmymind@bellsouth.net.

Betsy Clary Toomey and Katherine Wood Wolfe will sign copies of the book, “Savannah on My Mind” (Warren Publishing, $16.95).

No comments to show.